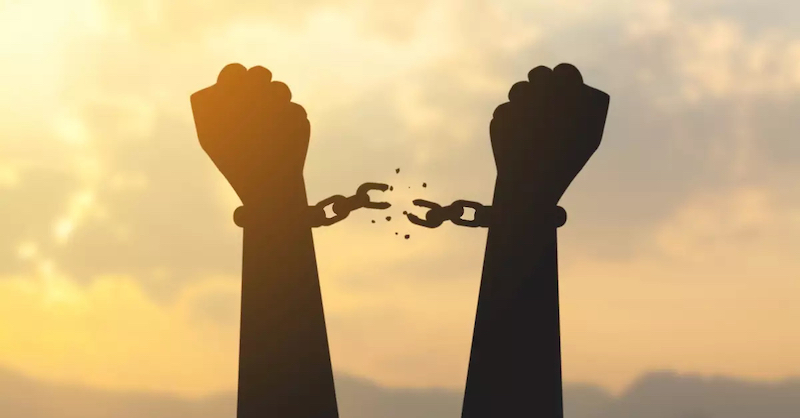 Freedom has a nice ring to it but can it be achieved this side of Eternity? In the Garden, pre the Fall, Adam and Eve were not free to do what they pleased. After the Fall, things got a whole lot worse and we live with the consequences.

The pandemic has been redefined freedom. Being free of it is a goal of some. A State Premier even thinks he can eliminate it, although he may think differently now.

Freedom of thought and speech seem our right, yet they are as illusory as ever. The Australia Day Awards and Margaret Court quickly put that idea to bed. More recently, Rugby League has highlighted the matter again. Think it yes, but do not dare to say anything.

Freedom of Religion is the same; excellent on paper but just try and express it and see how far you get? We can hold comment on Governments trying to close down the spiritual life of the Country during the pandemic. One jurisdiction in 2020 went so far as to try and reduce church livestream teams to such a level that it was impossible to do so.

Freedom of association is under the same threat.

Freedom to pray and evangelise is under serious threat in one State at least. Draft legislation was to be introduced last week and the forces of evil will not rest. In NAZI Germany during WWII, some Christians were arrested for praying for the Jews as the death camp deportations got under way.

However, there is always hope and our Christian freedom is not of this world. John 8:36 reads: “So if the Son makes you free, you will be free indeed.”  This freedom from the bondage of sin cannot be legislated away and it will last into Eternity; guaranteed.

Do you know this freedom? If not you face the bondage of Hell at the last.

9:30am service
With kids church
Livestream