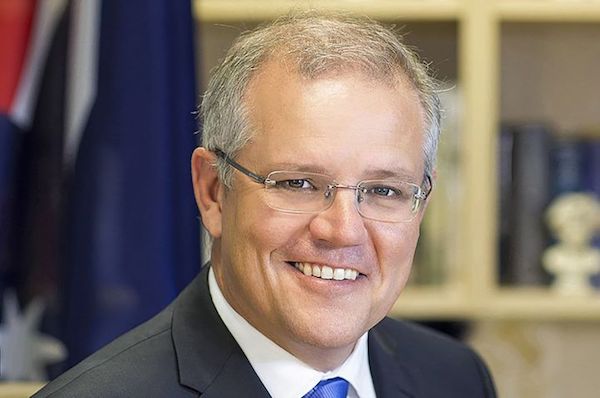 In the midst of a very messy few weeks in Federal Politics, our nation has ended up with a Prime Minister who trusts in Jesus as his Lord and Saviour.

In his maiden speech, Scott Morrison spoke of his “personal faith in Jesus”, noting his commitment to his faith at an early age.

We can be thankful to God that he has given us a man to lead our nation who himself follows Jesus as his own leader.

Nonetheless, it is a challenge for any Christian in public office to faithfully follow his own beliefs whilst serving a nation full of diverse faith positions.

Whilst he must not divorce his own heartfelt commitment to the teachings of Jesus, he must also lead politicians who represent a wide range of constituents.

Morrison has said “My personal faith in Jesus Christ is not a political agenda.”

Furthermore, he said that for him, “faith is personal, but the implications are social—as personal and social responsibility are at the heart of the Christian message.”

This will be a real challenge for our new Prime Minister.

We must pray for him that he will have great wisdom as he seeks to be a faithful Christian man in a very public office.

For, as he observed a decade ago, “it has become fashionable to negatively stereotype those who profess their Christian faith in public life as ‘extreme’ and to suggest that such faith has no place in the political debate of this country.”

We must pray that Mr Morrison would continue to profess his Christian faith in public life, and that he would have many opportunities to commend the truth of Jesus to those he speaks to privately and also in the public sphere.

9:30am service
With kids church
Livestream