What’s missing from the Opening Ceremony? 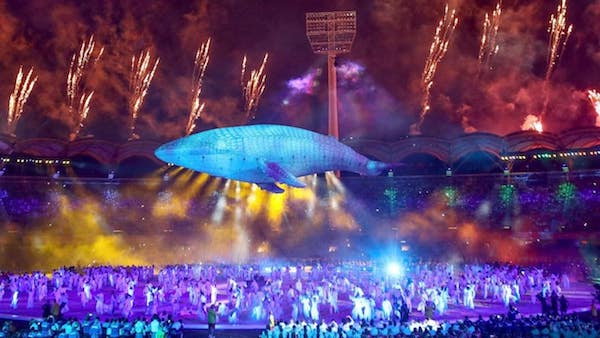 The opening ceremony of the Gold Coast Commonwealth Games was a spectacular piece of stadium art, filled with all the light, colour, sound and dance that you would expect.

Opening ceremonies have definitely carved out for themselves their own genre – it is a chance to tell the narrative of a nation and the distinctives of their city.

The opening scene was the dawn of time, where our world was united as one land. A traditional dance showed that from the birth of our continent, our land has been looked after by the indigenous people.

The shift was then made to the distinctives of the Gold Coast – the stadium was turned into a spectacular scene of our fun-filled beach culture.

It certainly captured aspects of out past and current culture. However, was it a true narrative of Australia?

Imagine if we put God in the picture, how would that change things? It’s hard to imagine that in secular Australia.

When we deny the truth of our maker for long enough we can then no longer even remember him at all.

Imagine an opening ceremony where God was on display – where it was his hand that formed our world, our continent, our beaches – where we remembered that God created us all in his own image, so that all people should be treated with care and dignity.

Indeed, it was these very Christian beliefs that helped form the social and justice systems of Australia that have allowed us the freedom to enjoy our beautiful country.

Why don’t you take a moment this week, to notice what God has given us and give thanks to him.