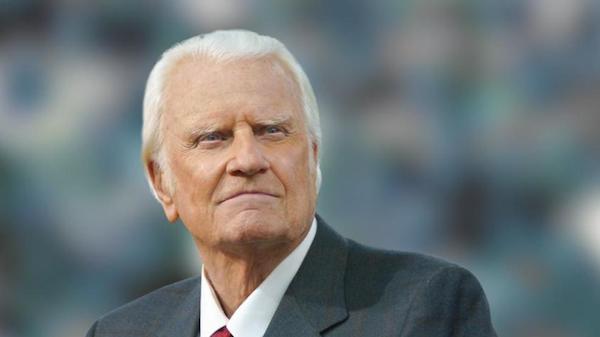 We give thanks to God for the life of Billy Graham who died this Wednesday.

Many of you will know the impact of his ministry personally. It was through his preaching that God called you back. If not you personally, then you have seen his impact on your friends, on your spouse, indeed on a generation in Australia.

I am of a generation that came after his great crusades in Australia. And yet for us to understand the Australian Christian landscape we need to understand what God did through Billy Graham.

In any Christian gathering I have ever been in where the question is asked ‘who was converted at a Crusade?’, there has always been many hands that have gone up. And this legacy has had a multiplying effect on Christianity in Australia.

I’m sure each member of my generation has had at least one significant mentor or preacher who was converted through Billy Graham. For me it was one of my university leaders. He was the one who encouraged me into ministry through his passion for reaching the lost. And it was Billy Graham who spoke the Gospel to him. It wouldn’t take long for each one of us to find these connections with his ministry.

The clarity in which he preached was astounding – the way he could explain so clearly the tenets of the Gospel and call people to repentance. I was listening to the radio once where the presenter had one of his talks running in the background. He would fade him in and out at random.

The amazing thing is that each and every sentence of Billy Graham was a self contained piece of brilliance, it felt like the most compelling thing about Jesus you could hear.

While his preaching is what we remember him for, it was his personal integrity and godliness that has safeguarded his ministry.

He resisted the temptations of money and power that came with his position, and while the media made it a sport to uncover the scandals of American evangelists, there was never a hint of that in his ministry. His life and his words were all motivated by God’s love:

“For God so loved the world that He gave his only begotten Son that whosoever believeth in Him should not perish but have everlasting life.” John 3:16